After a bit of talking and tuning up,Jimi launches into "All Along the Watchtower". This might be the only time he opened a show with this Bob Dylan tune. Screaming guitar is featured toward the end of the song.

Jimi opts for a few newer songs before jumping into "Hear My Train A Comin'". This version feels a bit short at less than 6 minutes. It's hard to tell on this tape whether Jimi cut off "Hey Joe" early or not. Either way,less than 2 minutes of it is captured before a jump into "Purple Haze".  "Voodoo Child (Slight Return)" features bits of "Midnight Lighning" a.k.a. "Keep On Groovin'" before cutting off at the 6:04 mark.

This is a distant,below-average audience recording. 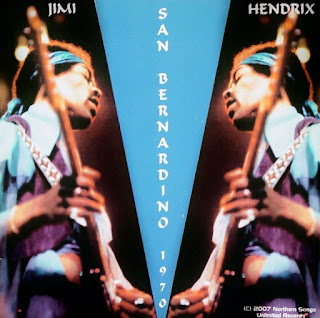 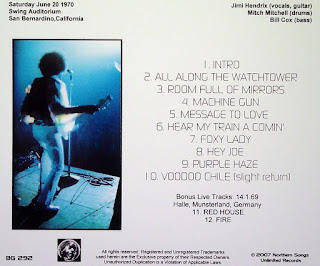