After being introduced, Jimi comes out and says "Anybody wanna be fuzzed?". His voice sounds a bit more spaced-out than normal. After a few more odd comments he begins "Who Knows". The lyrics are jumbled,and his playing is a bit "off". After about 11 minutes the song slowly peters out.

Just after teasing the "Foxy Lady" chords,Jimi begins "Earth Blues". Again, his vocals and guitar sound hesitant and strained. After about 7 minutes Jimi stops playing,and the song is over. He says "That's what happens when Earth f*cks with space". Buddy Miles quietly asks the audience for some patience while they sort things out. Then the tape is over.

The story is that Jimi was having a bad trip at this show. Whatever happened,this was the final Band of Gypsys concert. The short tape is an audience recording of above average quality. 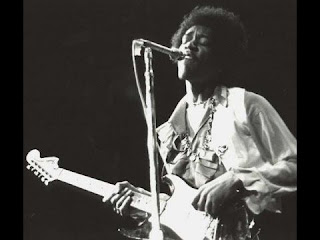 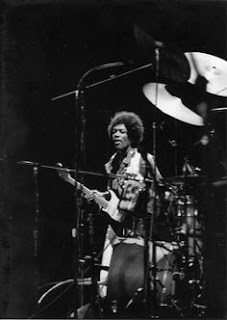 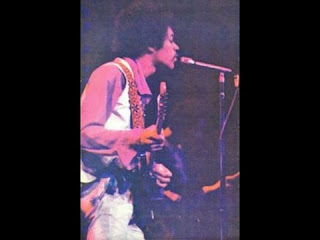 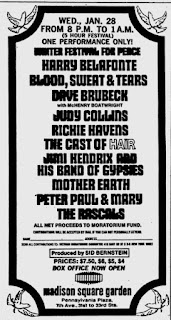