This audience tape opens with an MC introducing the band. After a couple minutes of tuning,the JHE busts into "Come On (pt.1)".  "Stone Free" is introduced as being "recorded in 1873 in the Benjamin Franklin Studios". This version contains a drum solo beginning around the 5:11 mark.

Next up is a "blues in E" (a.k.a. "Hear My Train A Comin'"). This one clocks in around 11 minutes.
"Fire" sounds awfully muffled as though the taper had to hide their recorder for the duration. In fact,this very muffled sound continues to the end of the tape.

"Voodoo Child (Slight Return)" has an awkward start during which Jimi's guitar drops out and only Mitch is playing.

The sound quality fluctuates from pretty bad to very bad on this recording. 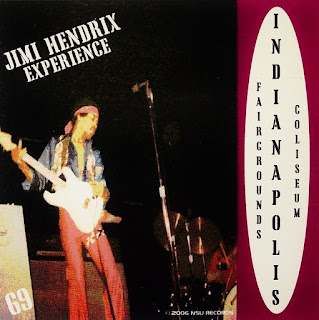 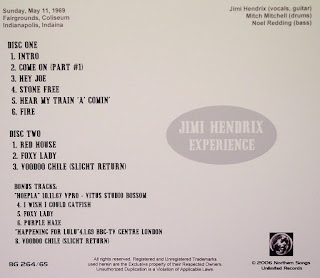