This tape begins with "Stone Free" already in progress. Jimi was apparently upset at this concert,and his solo sounds very angry and aggressive. Around the 4:45 mark the song settles into a drum solo. Following the solo there seems to be a gap on the tape. Coming next is the beginning of "Are You Experienced". This song eventually morphs into an unaccompanied guitar solo with shades of "Villanova Junction Blues". After a mellow minute or so the band returns to finish "Stone Free".

"Sunshine of Your Love" slows down to a crawl,and suddenly "Fire" appears. Jimi asks the crowd not to act like animals before starting "Hear My Train A Comin'". The crowd keeps interrupting him while he explains the song,so he tells them "you all just choke yourselves. Fuck you".

Later in the set is a real rarity for 1969 in the form of "Like a Rolling Stone". Jimi abandons the song after about 5 minutes. An angry "Voodoo Child (Slight Return)" precedes another drum solo before finishing up with "Purple Haze".

This is a very enjoyable soundboard recording with occasional sound anomalies here and there. 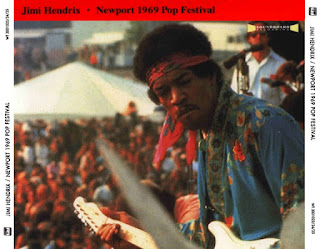 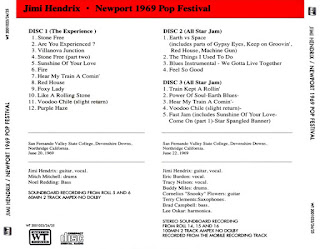